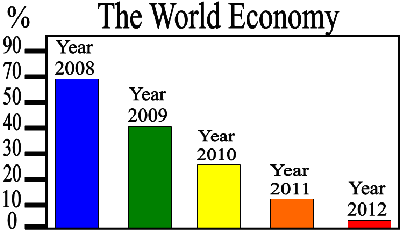 While praying this morning, God gave me a vision. He showed me a great, world-wide “mobilization”.

I saw myself strolling along a beach. Suddenly, there sounded a loud boom, which became stronger and more massive.

It was not the noise of the sea or of the wind. It was completely still outside. The sea water was as smooth as glass. The deep booming sound which was like the sound of the mountains about to cave in, a banging sound which I had up till now never heard in my whole life, came from the other side of the ocean, from far away.

It became so strong and mighty, that the earth began to quake and shake. It sounded like the blasting of a deep bass trumpet.

I had never heard this sort and depth of bass sound before now. The whole air vibrated.I holed myself up in the dunes of the embankment, face down, and waited to see what would come out of this natural spectacle.

When the booming refused to stop, and instead became stronger, I saw myself begin to pray in the vision, and to speak with my God. Then I heard a voice saying, “my child, fear not. That is my mobilization call, a signal, from the other world. I am calling my people out from all peoples.

I myself am shaking the earth and the sea. The sinners and godless will pass away for fear and the fearful expectation of the things which are to come. Understand, my child, that all these have been initiated by the financial crises. That was just the beginning of ruin. The foundation of today’s society will be so shaken that the people will lose all that they have acquired, and saved up till now.

Every infrastructure and welfare will collapse with time. Life will be very difficult for very many people. The general security will get out of control and there will be a
proliferation of crime such that life on earth will be massively threatened.

But you, who fear my name will I save from ruin. I am holding my arm of protection over you.

Although not even a silent wind blew, and not even a small wave was seen on
the sea, the booming was so mighty, that my heart threatened tostop beating.

Then I thought to myself, “I will now also die”. And then the Lord said to me, “my child, do not fear. You are to live and continue to declare my works.

Arise, go home and tell your loved ones. Let them know that the coming of my son is very close at hand, at the doorstep. I am setting everything in motion in order to take my people home, and I am now stripping them of everything that is holding them back, or blocking them.

As I stood up to obey God’s voice, starting to make my way homewards, I saw very many people, lying in the dunes. They had come out from their houses, racing towards the sea to see and experience this extraordinary natural spectacle. They lay on their faces as if paralysed, exactly as I had lain a few minutes before now.

As I passed by them on my way home, despite the continuous distant booming sound, these people called to me saying “you are crazy; you cannot make it home in this situation. It is too dangerous”.

They then buried their heads even further in the dunes, because they feared what would happen next. They no longer wanted to hear or know of anything.

And then said the Lord to me: “for you, my children, who fear my name, this is the day of my “mobilization”. For you my “sun of salvation” arises, with which I gather my true children, and bring them together.

Go, my son, and tell this everyone you can reach”.

Then I asked the Lord “what shall I tell them?”
“Tell my children, He said”, “they are no longer to occupy themselves with perishable things, but rather, much more with the immortal, the eternal things. They are to seek me and study my word. They should forgive one another, so long as there is still time, and make peace with one another.

They should stop being envious of , and pointing fingers at one another.They should neither accuse nor suspect one another. Everyone should do what he is supposed to, and can do.Tell them to free themselves of every unnecessary thing, and to stop
fighting spasmodically (intermittently) for their rights.

From now on, I will ensure your rights, and provide for justice for you. Great changes are about to occur all over the world, in every area of life. Adjust yourselves therefore and be prepared. Nothing is going to be as it has been before now…”

The further I moved from the beach, the less of the booming sound I heard,
even though I was of the opinion that the sound had become stronger and even more massive. I felt as if I had been secured in a class case.

Then I heard the voice of the Lord saying “I will bring my children into safety in my own way. You will see everything I will do in the world, which will experience all the “plagues of Egypt” before I withdraw my children unto myself, before Pharaoh releases you forever. My people hold together! Stay with one another, encourage one another. Soon, you would have made it!”

That was the last thing I took with me from this vision.

As I thought about all that I had seen, and what I should do with it, the Lord spoke to me saying “spread this revelation I have given you this morning about my “mobilization” overall further to my children, and encourage them to do likewise, for I am at the door (I am coming soon). And tell them, especially my people, that they should be serious about their relationship with me (God), before it is too late….”

Article by: Pastor Joh Matutis,you can check out his website at www.nnk-berlin.de

The 10th month called Tevet on the Hebrew calendar, God's[...] 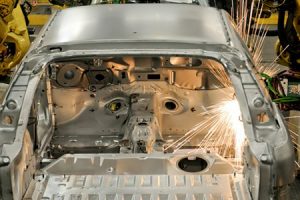 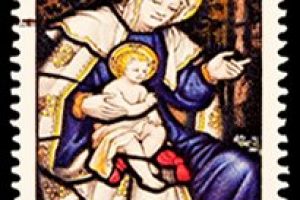 The mother and child

In this false Babylonish system, the "Mother and Child" (Semiramis[...]