From the beginning of the year 2010 right after the death of Oral Roberts, the Lord God gave us a prophetic command to begin a network that will gather together Apostles and prophets all over the world through the internet. 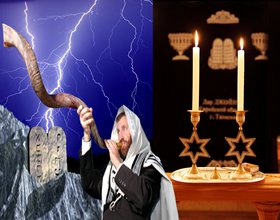 Keeping God’s commandments and fulfilling His symbolic images, signs and seasons in the earth, enables us to conquer the territories of our enemies. Read Hosea 12:10, Hosea 12:13 and Exodus 13:9-10.

The army of Gideon is an apostolic vision with a prophetic militant strategy that God has ordained through the house of the prophets, God’s court house,

so that the perfect legitimate will of God may be enforced and implanted into the nations worldwide through the power of prayer.

The army of Gideon made up of 300 apostles and prophets who are in covenant partnership with the house of the prophets,

is the amount of warriors that God needs to fight the spiritual battle that whole world is facing right now.

We are all not blind neither ignorant of the spiritual dryness (the despising and throwing out of God’s commandments, teachings, out of the government systems, the legalizing of immoral or un godly laws in the different parts of the world,

the acceptance of the rituals of witch craft, the worship of the ancient foreign small gods, the ideology of anti-Semitism against Israel, and the evil conspiracy of the new world order).

All these evil events, laws and ways of doing things are designed, so that the citizens that are being made victims and slaves to the systematic plans of the enemy, may begin to focus on their own self interests, selfish motives, and self righteousness.

In so doing, this gives the enemy (satan) an opportunity to begin to separate families, broke up marriages, increase violence, introduce division and religious hatred among Christians.

By Apostle A Ngabo. 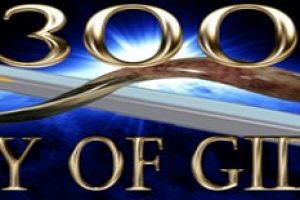 The prophetic vision of the army of Gideon ministry.  The[...]