The Prophetic Voice over The Nations 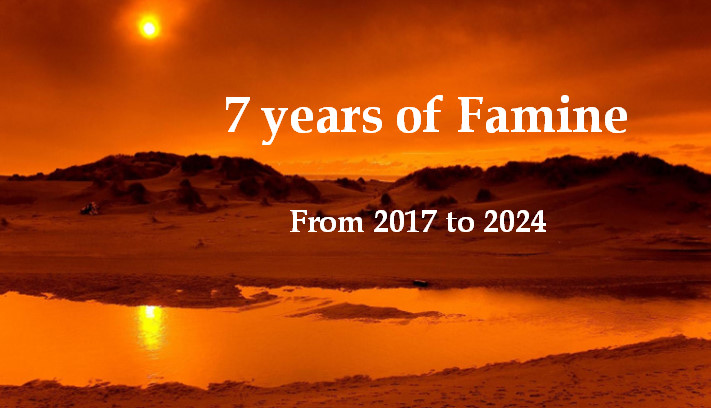 God has called a period of seven years where His wrath, disapproval and judgement against Gog & Magog (present day Europe) is has been released.

Gog and Magog represents the descendants of Japheth, this being the present Europe European, white supremacy, scientific racism, Polygenism or Race biology.

This period of 7 years in which the God’s judgement is going to be unfolded and released starting from the year 2017 on the 23rd of September,

which will cause a famine (lack of knowledge, emptiness, beast like behaviors-evil incarnation, loneliness, poverty, spiritual dryness) over the region of Europe and America (USA).

And this period of seven years will be ending in the year 2024.

Stage 1 of the prophecy:

21 I will call for a sword against Gog throughout all My mountains,” says the Lord God. “Every man’s sword will be against his brother.

Which will lead to the state of retaliation coming from those groups of people that are insulted or mistreated.

Conflicts of disapproval against the European political agenda (which is built on polygenism, scientific racism, & race biology) will begin to take shape, leading Europe & America in a state of self destruction.

(And even political groups with different opinions) will start to fight against each other, to the extent that; government authorities will not have any control over the situation.

Stage 2 of the prophecy:

3 Then I will knock the bow out of your left hand, and cause the arrows to fall out of your right hand.

The arrows represents the strategies, the political policies, and the ideologies of colonialism, Darwinism, propagated media, Genetic modified foods etc,

which the Europeans (including America) has used to control, to dictate, to plunder the resources, sell weapons, to colonize, to demoralize, to negatively influence other nations and Israel.

These strategies which are referred to as a bow and arrows, will drop out of the right hand of Europe, causing Europe to loose it’s influence which has been exercised via colonialism, white supremacy, selling of weapons, and political control over other nations.

Stage 3 of the prophecy:

Then the nations shall know that I am the Lord, the Holy One in Israel.

God is going to restore the moral respect towards His Torah laws, during this seven years, and He’s also restoring the Hebrew Name of Our Messiah known as Yeshua, sealing His law among His disciples (His people who are living a holy lifestyle).

The name of “Jesus” which was forged or made up by Greco/Roman, is going to be exposed, despised and rejected, due to the fact that many will be returning back to the Hebrew name of the Jewish Messiah called “Yeshua“.

Stage 4 of the prophecy:

9 “Then those who dwell in the cities of Israel will go out and set on fire and burn the weapons, both the shields and bucklers, the bows and arrows, the javelins and spears; and they will make fires with them for seven years.

The people who live according the moral values of the Torah or God’s teachings and instructions will be given spiritual authority to set on fire (to stimulate and activate a spiritual passion) that will increase the hunger for the God of Israel, and His moral principles in the global society.

11 “Behold, the days are coming,” says the Lord God, “That I will send a famine on the land,
Not a famine of bread, Nor a thirst for water, But of hearing the words of the Lord.

And this hunger (famine, dryness, poverty, spiritual emptiness) will transform into the passion (craving desire) to know God, which will eventually make the people around the world to loose interest in violence, immorality and war.

The market of selling weapons to conflicting nations will loose it’s value, because people will start to seek peace, reconciliation, unity, mutual respect towards each other.

And this will cause a financial crisis for most of the European countries that are selling weapons to the conflicting nations.

4 He shall judge between the nations, And rebuke many people; They shall beat their swords into plowshares, And their spears into pruning hooks; Nation shall not lift up sword against nation,
Neither shall they learn war anymore.

By the way; Did you know that the Internet was first used for military purposes only, before it became the internet that every one is using today ?

Stage 5 of the prophecy

10 They will not take wood from the field nor cut down any from the forests, because they will make fires with the weapons; and they will plunder those who plundered them, and pillage those who pillaged them,” says the Lord God.

Some countries will even physically burn their weapons of war which have been bought from Europe.

Europe will be plundered and pillaged by those who had been previously plundered, and colonized by Europe.

Her cry was heard in heaven

The Lord spoke unto me prophetically concerning what is going[...]

The woman’s monthly periods transformed into a positive sign

The woman's monthly periods transformed into a positive sign with[...] 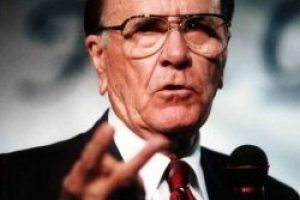