About us - What is the key of our success 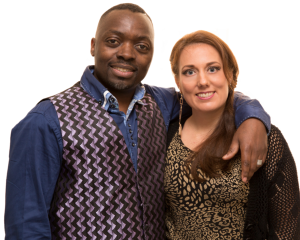 The council of Ngabo – God’s Courthouse

The council of Ngabo is a vision, and movement which originates from an upgraded extension of the council of Jerusalem. It contains and carries a prophetic mandate with an apostolic and Rabbinic commission.

The vision of the Council of Ngabo was birthed forth through the Spirit of The God of Abraham, Isaac and Jacob, for the sake of restoring the apostolic office and the Rabbinic spiritual influence that the body of Yeshua Hamasic whom the Christians call Jesus Christ lost during the regime of the Roman empire in the year 325 AD.

The Apostolic council of Jerusalem:

The apostolic council of Jerusalem wrote the constitutional letters which administrated, governed and infra structured the body of Christ and the gentile world (Acts 15:6-29).

But during the Regime of Emperor Constantine of Rome, the Council of Jerusalem was discontinued, and replaced by the Roman council of Nicea.

And through the authority of the council of Nicea, God’s Holy seasons like the Sabbath, the Holy feasts on God’s calendar, and the unity between the Jews and the body of Christ were discontinued.

The Christians were now forced to keep the pagan festivals of Rome, and exalt the emperor (Pop of Rome) above God’s will for the church.

The Council of Ngabo:

During the year of 2005 when the pop of Rome (Pope Saint John Paul II) died, The Council of Ngabo was given the mandate to begin to write prophetic constitutional letters which contains the prophetic information that governs the body of Christ and the global community (world at large).

During the Autumn of 2012, on the day of Atonement, after my journey from Africa (Sierra Leone), the God of Abraham, Isaac and Jacob commanded us to begin to write constitutional letters which governs all the spheres of life (Conscious lifestyle).

Constitutional letters which governs the 12 systems and motivates or innovates the autonomous identity of our society are now being written by the Council of Ngabo.

We also work a lot with relating the human conscious to the positive vision of one’s reality via prophetic prayers, prophetic teachings, educational programmes which we design for schools, article writings, media, social media, managing and structuring of cultural talents, connecting and networking with governmental institutes, organizations, companies etc.

They’ve said about us